associated with drought tolerance for

sinensis (L).O.Kuntze) in response to 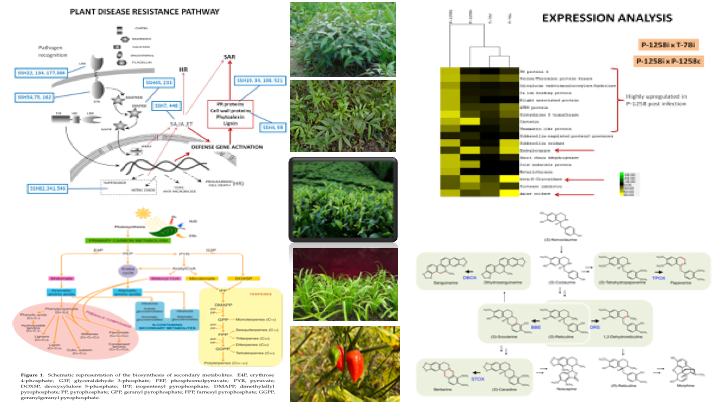 To understand the gene networks that underlie tea stress and defense responses, it is necessary to identify and characterize the genes that respond both initially and as the physiological response to the stress or pathogen develops. We used PCR-based suppression subtractive hybridization to identify Camellia sinensis genes that are differentially expressed in response to drought, fungal pathogen and infestation by green flies and thrips. We identified a total of 19,231 differentially expressed genes from sixteen stress cDNA libraries. RT-PCR analysis revealed that 45% of the stress-inducible genes are rarely transcribed in unstressed plants and 10% of them were not previously represented in Camellia expressed sequence tag databases. More than two-thirds of the genes in the stress cDNA collection have not been identified in previous studies as stress / defense response genes. Several stress-responsive cis-elements showed a statistically significant over-representation in the promoters of the genes in the stress cDNA collection. These include W-, F- and G-boxes, the JA inducible element, the abscisic acid response element and cysteine rich motif. The stress cDNA collection comprises a broad repertoire of stress-responsive genes encoding proteins that are involved in both the initial and subsequent stages of the physiological response to abiotic stress and pathogens. The degradome analysis using RNA-seq data suggests that regulation of the transcriptome is universally governed by specific small RNA target molecules which may be modulated. This set of stress-, pathogen- and positively regulated tea quality related genes is an important resource for understanding the genetic interactions underlying stress signaling and responses and may contribute to the characterization of the stress transcriptome through the construction of standardized specialized arrays.

> For drought tolerance, Koomsung 29 was identified as the most tolerant among the germplasms so far characterized, which is also well characterised for its quality.