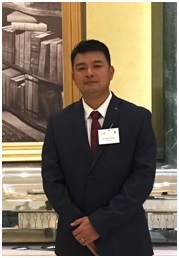 • Development of Bioresources based Eco-Tourism for sustainable livelihoods

This year 2020 marks the end of the Decade on Biodiversity (2011-2020). This has come about from the Convention on Biological Diversity (CBD) – who broad goals are (a) to protect biodiversity, (b) to use components of biodiversity sustainably, and(c)  to share the benefits arising from genetic diversity equally. These will now carried over to a future framework  to fulfil the 2050 vision of Living in Harmony with Nature, wherein biodiversity is valued, ecosystem services maintained, and a healthy planet sustained, thereby delivering benefits for all. Further, the coming year 2021 will mark the start of the UN Decade on Ecosystem Restoration (2021-2030) which will further catalyze efforts to blend landscape restoration with biodiversity conservation. It has also been increasingly appreciated that ecological restoration in areas of environmental degradation can help reverse global biodiversity losses, as well as promoting recovery of ecosystem services. North East India, comprising of 8 states ( with only 8% of India’s geographical area and 4% of the country’s population) contains more than one-third of the country’s total biodiversity, and a quarter of the country’s forests and one-third of the country’s water resources. While one third of India's runoff flows from the Northeast through the Brahmaputra and Barak rivers, the Manipur river drains to the Loktak Lake, the largest freshwater wetland of North East India. These huge trans-boundary river basins (covering 8% of India’s geographical area), consists of seasonally flooded wetlands that sustain a broad range of biodiversity. However, despite the richness of natural resources, several states of North East India still lag behind the rest of the country in socio-economic development. Accordingly, the biodiversity of North East (NE) India (and this region has been aptly called India’s Natural Economic Zone (NEZ), Region by Shri Narendra Modi Ji, Hon’ble Prime Minister of India) is very important globally and more so, very significantly for the local peoples’ livelihoods. Biodiversity is a resource with huge potential, both for intellectual and economic purposes and as an instrument for a country’s development.

Despite the North East Indian Region’s recognition as a biodiversity hotspot, biodiversity information is generally restricted to species inventories for specific locations, mainly the protected areas. Important data such as distributional patterns and population dynamics are unavailable, except for very few species. Documentation and systematic analysis of the region's biodiversity is vital to understand correlations between richness and distributional patterns, relationships between landscape variables and species composition, impacts of habitat fragmentation, and the role of biological corridors. Thus, the knowledge obtained through inventories and scientific studies and their utilisation and appreciation by society, plays an essential role in ensuring the long-term conservation of the country’s protected areas and natural resources. All of these are vital for determining management strategies for the biodiversity resource and options on how to make use of it in a culturally appropriate manner for the sustainable ?improvement of people's lives (adapted from Joint Report of World Bank Ministry of DONER, Govt. of India, 2007).  Moreover, the effects of  climate change is already evident, with the rise in both flood and drought incidences in this region. With the increasing population, there are also several anthropogenic threats to the biodiversity of North East India which include among others, habitat loss , deforestation with changes in land use, agriculture , forest fires, illegal extraction and the wildlife trade, introduction of exotics, uncoordinated infrastructure development and immigration.

The region is also home to more than 200 out of 450 of India's tribes, the culture and customs of which have an important role in providing lessons for biodiversity conservation. With the central Government’s thrust for the development of North East India,  which will involve huge development projects, it is imperative that a scientific assessment of the biodiversity and the hydrology of the vast inland freshwater resources of North East India, so that conservation and eco-restoration plans, involving community participation, can be developed that are culturally and locally appropriate and sustainable, in this United Nations Decade on Biodiversity, which is now passing on to the United Nations Decade on Ecosystem Restoration

In this group, we are developing local specific evaluations of the biodiversity and the natural capital so that appropriate eco-restoration programs can be implemented to reverse biodiversity losses and restore  ecosystem services, so that the benefits can be shared and benefit all.